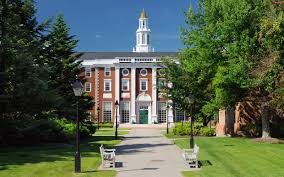 There are many movies in hollywood and bollywood that include universities and university life.

A recent survey undertaken with chinese and south korean students in the US, suggested that movies have influenced their choice of American university. Sir Anthony Seldon, The vice chancellor of Buckingham University and former headmaster of Wellington College, says: “Television and film portrayals of schools and universities are far more important in opinion formation I think than generally realised.”

It is known that the US is one of the most popular destinations for overseas students and this brings in an average of $20bn into the country. Many popular movies such as A Beautiful Mind set in Princeton, Legally Blonde and The Social Network in Harvard, and The Graduate in Berkeley, California, have given global audiences an insight to the life these universities offer.

Universities in the UK, like The University of Leicester have also tried to raise the university’s profile by allowing 3 bollywood films to be filmed on site. This has opened the university to Asian students. The spokesman for the university Ather Mirza says, the Bollywood connection provides the uni with an advantage. “Everyone is shouting and it’s not about who shouts loudest, but who has something distinctive to say,” he says.”This has helped to create a narrative for the university and definitely raised awareness of us in India.” The added advantage is that when the film is made or shown on TV, there is a lot of hype about the university on social media.