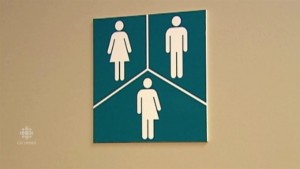 It is important that schools are equipped to handle transgender pupils. The issue was raised by The Association of Teachers and Lecturers in the UK. They have voted to provide teachers with the necessary training to be able to handle this issue more successfully.

Mr Graham Easterlow, who works in a residential school said that one of his pupils came out as being transgender, he said that “The interesting thing is that I don’t think it was difficult for the pupil. The pupil was absolutely aware – she was extremely clear and knew exactly how she wanted to identify,” he said.

“The challenge came when we realised that the school was facing an issue for the first time and there was no precedence. There was no process to support that particular coming out.

“That’s the difficulty. Schools are ill-prepared. And there is a blind spot on that particular issue.”

Easterlow said that it is important to have a “strong, open dialogue” with the pupil concerned. They should be asked questions like, how they would like to be known and what kind of support they need to move forward.

According to Easterlaw, he believes that changes in toilet facilities should be considered as adaptations in the same way changes are made for the disabled.

His school adapted very well to the change and the necessary school facilities were provided to the pupil. He however noted that pupils were more accepting of such students than his staff members, who thought that the school was “pandering to a fad”.